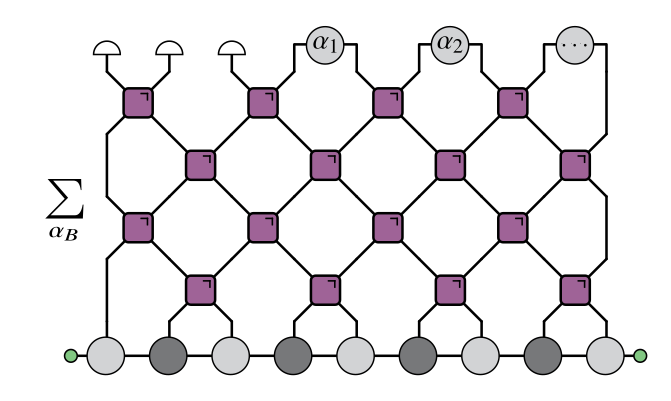 Recent works have investigated the emergence of a new kind of random matrix behaviour in unitary dynamics following a quantum quench. Starting from a time-evolved state, an ensemble of pure states supported on a small subsystem can be generated by performing projective measurements on the remainder of the system, leading to a projected ensemble. In chaotic quantum systems it was conjectured that such projected ensembles become indistinguishable from the uniform Haar-random ensemble and lead to a quantum state design. Exact results were recently presented by Ho and Choi [Phys. Rev. Lett. 128, 060601 (2022)] for the kicked Ising model at the self-dual point. We provide an alternative construction that can be extended to general chaotic dual-unitary circuits with solvable initial states and measurements, highlighting the role of the underlying dual-unitarity and further showing how dual-unitary circuit models exhibit both exact solvability and random matrix behaviour. Building on results from biunitary connections, we show how complex Hadamard matrices and unitary error bases both lead to solvable measurement schemes.

Next Wednesday, January 26th, I will be presenting some new results (in person!) on dual-unitary circuits at the Condensed Matter Theory Forum at the Rudolf Peierls Centre for Theoretical Physics at Oxford University.

More information can be found here.

Title: Dual-unitary circuit dynamics
Abstract: Quantum lattice models with time evolution governed by local unitary quantum circuits can serve as a minimal model for the study of general unitary dynamics governed by local interactions. Although such circuit dynamics exhibit many of the features expected of generic many-body dynamics, exact results generally require the presence of randomness in the circuit. I will discuss dual-unitary circuits characterized by an underlying space-time symmetry, and show how they give rise to exactly solvable models for ergodic and non-ergodic thermalization for correlations and the scrambling of out-of-time-order correlators. Combining dual-unitary dynamics with projective measurements, I will also make the connection with random matrix theory and show how measurements can give rise to uniformly distributed states and a quantum state-design.

Two of our recent papers have now been published, both in fully open access journals! Our work on Correlations and commuting transfer matrices in integrable unitary circuits is now published here in SciPost Physics, and Dissipative dynamics in open XXZ Richardson-Gaudin models appeared in the latest issue of Physical Review Research. As usual, the SciPost referee reports can be found along with the submission. Abstracts below. 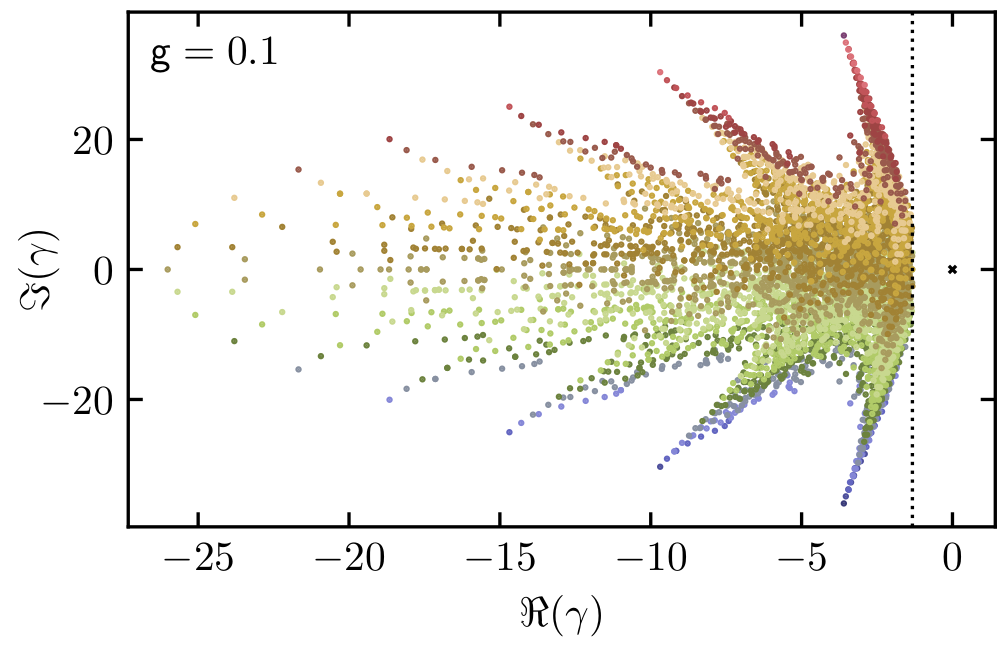 Correlations and commuting transfer matrices in integrable unitary circuits: We consider a unitary circuit where the underlying gates are chosen to be R-matrices satisfying the Yang-Baxter equation and correlation functions can be expressed through a transfer matrix formalism. These transfer matrices are no longer Hermitian and differ from the ones guaranteeing local conservation laws, but remain mutually commuting at different values of the spectral parameter defining the circuit. Exact eigenstates can still be constructed as a Bethe ansatz, but while these transfer matrices are diagonalizable in the inhomogeneous case, the homogeneous limit corresponds to an exceptional point where multiple eigenstates coalesce and Jordan blocks appear. Remarkably, the complete set of (generalized) eigenstates is only obtained when taking into account a combinatorial number of nontrivial vacuum states. In all cases, the Bethe equations reduce to those of the integrable spin-1 chain and exhibit a global SU(2) symmetry, significantly reducing the total number of eigenstates required in the calculation of correlation functions. A similar construction is shown to hold for the calculation of out-of-time-order correlations.

Dissipative dynamics in open XXZ Richardson-Gaudin models: In specific open systems with collective dissipation the Liouvillian can be mapped to a non-Hermitian Hamiltonian. We here consider such a system where the Liouvillian is mapped to an XXZ Richardson-Gaudin integrable model and detail its exact Bethe ansatz solution. While no longer Hermitian, the Hamiltonian is pseudo-Hermitian/PT-symmetric, and as the strength of the coupling to the environment is increased the spectrum in a fixed symmetry sector changes from a broken pseudo-Hermitian phase with complex conjugate eigenvalues to a pseudo-Hermitian phase with real eigenvalues, passing through a series of exceptional points and associated dissipative quantum phase transitions. The homogeneous limit supports a nontrivial steady state, and away from this limit this state gives rise to a slow logarithmic growth of the decay rate (spectral gap) with system size. Using the exact solution, it is furthermore shown how at large coupling strengths the ratio of the imaginary to the real part of the eigenvalues becomes approximately quantized in the remaining symmetry sectors.