The story of dark states in central spin models continues: in our new work Persistent dark states in anisotropic central spin models, now on arXiv, we check what happens if we move away from the integrable models. Even if exact dark states vanish away from the integrable points, their effects remain persistent in both the dynamics and entanglement structure. Interestingly, while the dark states are exponentially sensitive to perturbations on the Hamiltonians, reminiscent of chaotic models, they still lead to extremely long relaxation times, more similar to integrable models. Collaboration with Boston University's Tamiro Villazon, Mohit Pandey, Anatoli Polkovnikov, and Anushya Chandran.

Long-lived dark states, in which an experimentally accessible qubit is not in thermal equilibrium with a surrounding spin bath, are pervasive in solid-state systems. We explain the ubiquity of dark states in a large class of inhomogenous central spin models using the proximity to integrable lines with exact dark eigenstates. At numerically accessible sizes, dark states persist as eigenstates at large deviations from integrability, and the qubit retains memory of its initial polarization at long times. Although the eigenstates of the system are chaotic, exhibiting exponential sensitivity to small perturbations, they do not satisfy the eigenstate thermalization hypothesis. Rather, we predict long relaxation times that increase exponentially with system size. We propose that this intermediate chaotic but non-ergodic regime characterizes mesoscopic quantum dot and diamond defect systems, as we see no numerical tendency towards conventional thermalization with a finite relaxation time.

Closely related to the previous post: our paper on Adiabatic landscape and optimal paths in ergodic systems is now online at arXiv:2004.13735! A long time coming, but a lot of interesting results in this one. A collaboration with Sho Sugiura from Harvard University, Anatoly Dymarsky from University of Kentucky and the Skolkovo Innovation Center, and Anatoli Polkovnikov from Boston University.

If we slightly deform a quantum Hamiltonian by manipulating some control parameter, its eigenstates will change according to some unitary transformation. In chaotic (ergodic) systems these unitary transformations are generally not expected to posses any underlying structure: their generator is highly nonlocal and divergent. Here, we show that the opposite is true: even if the system is ergodic, local approximations to the generator of these deformations are well-defined near points where the eigenspectrum of the Hamiltonian exhibits macroscopic degeneracies (corresponding to non-ergodic points), and these local approximations remain well-defined deep in the ergodic regime. This allows us to (i) find optimal directions for quantum control, where there's a remarkable anisotropy in the control landscape, (ii) identify which dark states acquire local dressing when moving from the non-ergodic to the ergodic regime, and can hence be efficiently prepared and exhibit anomalous entanglement properaties (similar to quantum scars), and (iii) show how the existence of such optimal directions and states goes hand in hand with the existence of nearly-conserved operators. 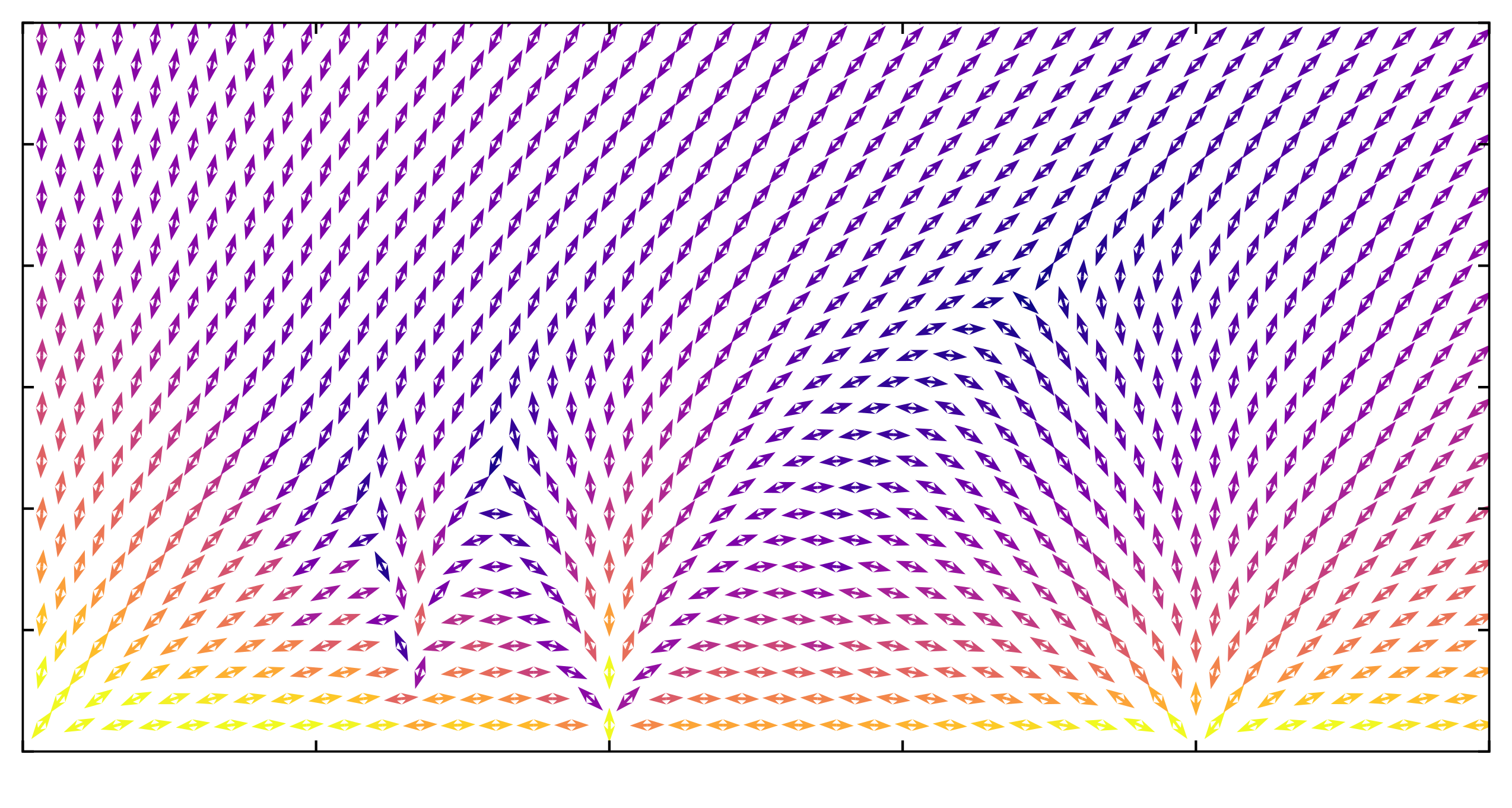 Whether one is interested in quantum state preparation or in the design of efficient heat engines, adiabatic (reversible) transformations play a pivotal role in minimizing computational complexity and energy losses. Understanding the structure of these transformations and identifying the systems for which such transformations can be performed efficiently and quickly is therefore of primary importance. In this paper we focus on finding optimal adiabatic paths in the space of couplings controlling the system’s Hamiltonian. More specifically, starting from a local Hamiltonian we analyze directions in the space of couplings along which adiabatic transformations can be accurately generated by local operators, which are both realizable in experiments and easy to simulate numerically. We consider a fairly generic non-integrable 1D Ising model parametrized by two independent couplings, corresponding to longitudinal and transverse magnetic fields. We find regions in the space of couplings characterized by a very strong anisotropy of the variational adiabatic gauge potential (AGP), generating the adiabatic transformations, which allows us to define optimal adiabatic flows. We find that these flows generally terminate at singular points characterized by extensive degeneracies in the spectrum, splitting the parameter space into adiabatically disconnected regions. The anisotropy can be related to singularities in the AGP, and we identify special robust weakly-thermalizing and non-absorbing many-body “dark” states, which are annihilated by the singular part of the AGP and show that their existence extends deep into the ergodic regime.

Our paper on Adiabatic eigenstate deformations as a sensitive probe for quantum chaos is now online at arXiv:2004.05043! A collaboration with Mohit Pandey, David Campbell, and Anatoli Polkovnikov from Boston University, and Dries Sels from Harvard University and Universiteit Antwerpen.

Whereas classical chaos is expressed through an exponential sensitivity of particle trajectories to initial conditions, quantum chaos is usually encoded in the eigenstates of the Hamiltonian - the effects of which subsequently appear in quantum dynamics. Chaos leads to ergodicity, one of the fundamental concepts in various fields of physics, which can be contrasted with the non-ergodic behaviour of integrable systems. Here, we propose an extremely sensitive probe for quantum chaos, in line with both quantum and classical definitions: the sensitivity of eigenstates to small perturbations on the underlying Hamiltonian. Quantum chaos manifests itself in a vast range of different phenomena, each relevant up to a particular time scale, and the sensitivity of our proposed measure is argued to follow from the fact that this measure is sensitive to dynamics at exponentially large time scales.

In the past decades, it was recognized that quantum chaos, which is essential for the emergence of statistical mechanics and thermodynamics, manifests itself in the effective description of the eigenstates of chaotic Hamiltonians through random matrix ensembles and the eigenstate thermalization hypothesis. Standard measures of chaos in quantum many-body systems are level statistics and the spectral form factor. In this work, we show that the norm of the adiabatic gauge potential, the generator of adiabatic deformations between eigenstates, serves as a much more sensitive measure of quantum chaos. We are able to detect transitions from non-ergodic to ergodic behavior at perturbation strengths orders of magnitude smaller than those required for standard measures. Using this alternative probe in two generic classes of spin chains, we show that the chaotic threshold decreases exponentially with system size and that one can immediately detect integrability-breaking (chaotic) perturbations by analyzing infinitesimal perturbations even at the integrable point. In some cases, small integrability-breaking is shown to lead to anomalously slow relaxation of the system, exponentially long in system size.